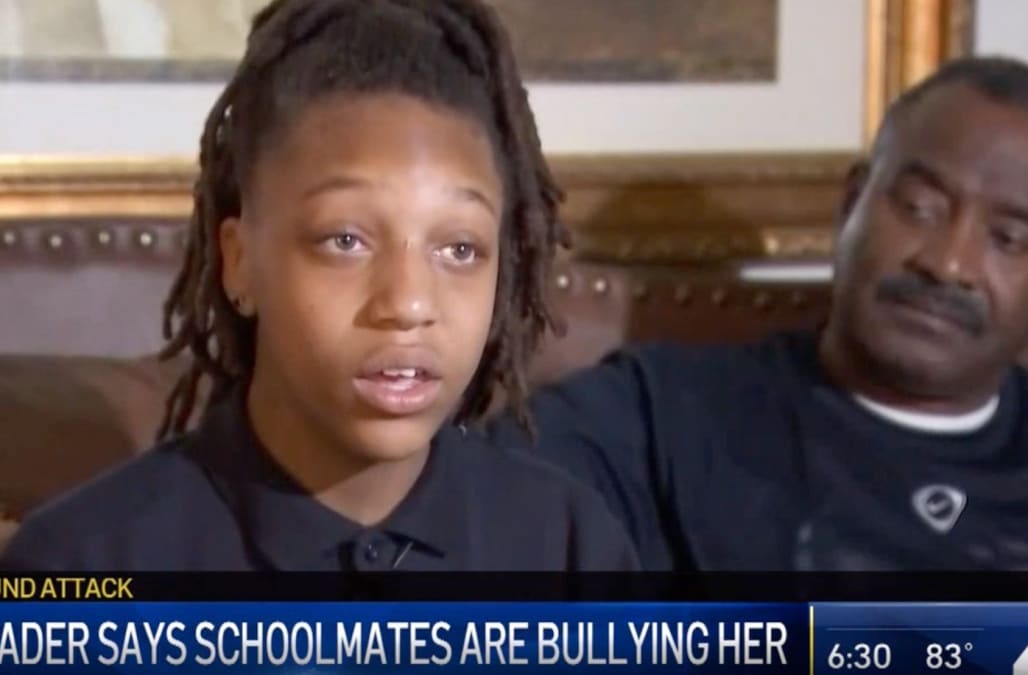 A 12-year-old girl who claimed that three classmates forcibly cut off her dreadlocks and called her hair “nappy” has now admitted to making up the allegations, according to a statement issued by her family and school. The grandparents and guardians of Amari Allen, an African-American sixth-grader at Immanuel Christian School in Springfield, Va., had filed a police report with the Fairfax County Police Department after she spoke of being harassed and pinned down by three white male classmates during recess on Sept. 23. A representative for the local NAACP chapter also told Yahoo Lifestyle last week that her family would be meeting with an attorney. “They put their hands on my back, they put their hand around my mouth, and they started to cut my hair,” the girl told WJLA, adding that the boys had allegedly made disparaging comments about her dreadlocks. But she has since recanted the allegations.

“We can now confirm that the student who accused three of her classmates of assault has acknowledged that the allegations were false,” reads a statement sent to Yahoo Lifestyle on behalf of Stephen Danish, the head of school at Immanuel. “We’re grateful to the Fairfax County Police Department for their diligent work to investigate these allegations.”

The 13% are taught young to lie about the hated White population. Also, please note that the liar is a female who are also taught about using lies against ALL males. Females word’s are to never be trusted without positive verification.