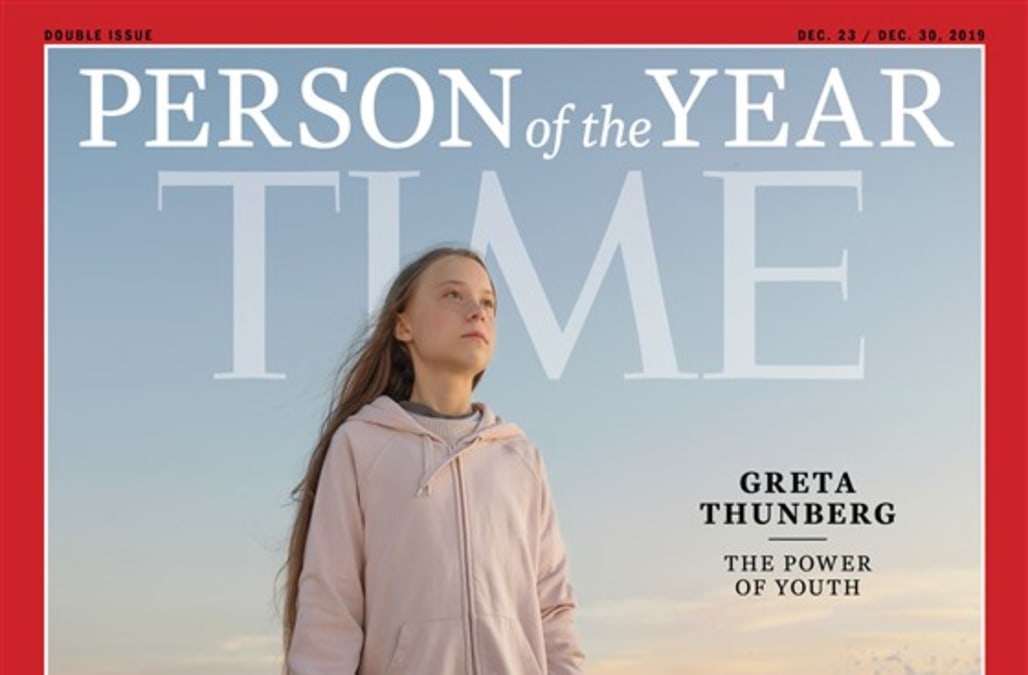 “Teen climate change activist Greta Thunberg has been named the 2019 TIME Person of the Year, becoming the youngest figure to receive the distinction in its 92-year history.

The 16-year-old from Sweden has become a prominent face in the fight to save the environment from the effects of climate change.

The magazine revealed its choice on TODAY Wednesday, making Thunberg the youngest selection since TIME began naming a Person of the Year in 1927. The Person of the Year title is not necessarily an honor or award, but representative of the influence the person has had on the news within the past year.”

Corporate media promotes a New World Order and seeks to abolish countries and implement a border-free world with a one-world government. Tyrants pushing to enslave the common people. Hitler and Stalin would admire these modern tyrants using technology and propaganda to influence so many common folks into willingly embrace servitude.

“Something to ponder this morning… here are Greta Thunberg and her parents, sporting the latest in Antifa fashion! Now that you have chosen to bow down to the goddess of climate change, you should recognize that she is being used by her parents to support an openly fascistic group.”

Lackeys. Useful tools of evil power-seeking tyrants. I wonder if traitor-tyrant evil fiendish George Soros’ billions of ill-gotten* gains or his influence in other ways had anything to do with propaganda-laden Time magazine naming that brainwashed kid as Person of the Year?

At least some of the corporations in our midst are true enemies of We, the People and freedom-loving folks everywhere. Western civilization itself is in peril, people. Tyrannical elites using their brainwashed puppets and willing lackeys found everywhere from highest political office to bureaucratic positions to the indoctrinated common folks are assisting those tyrants with their evil goals, plans and lustful desires to lord over all of Western civilization. Is world domination their ultimate goal?

What past tyrants failed to do with military might the all-powerful owners and operators of the systems of command and control are making steady progress at wrenching control over the common people. A New Dark Age confronts us if those tyrants win this ongoing war. I see no viable restraints upon those tyrants and no formations of patriots ready to do battle with evil. Are we doomed?