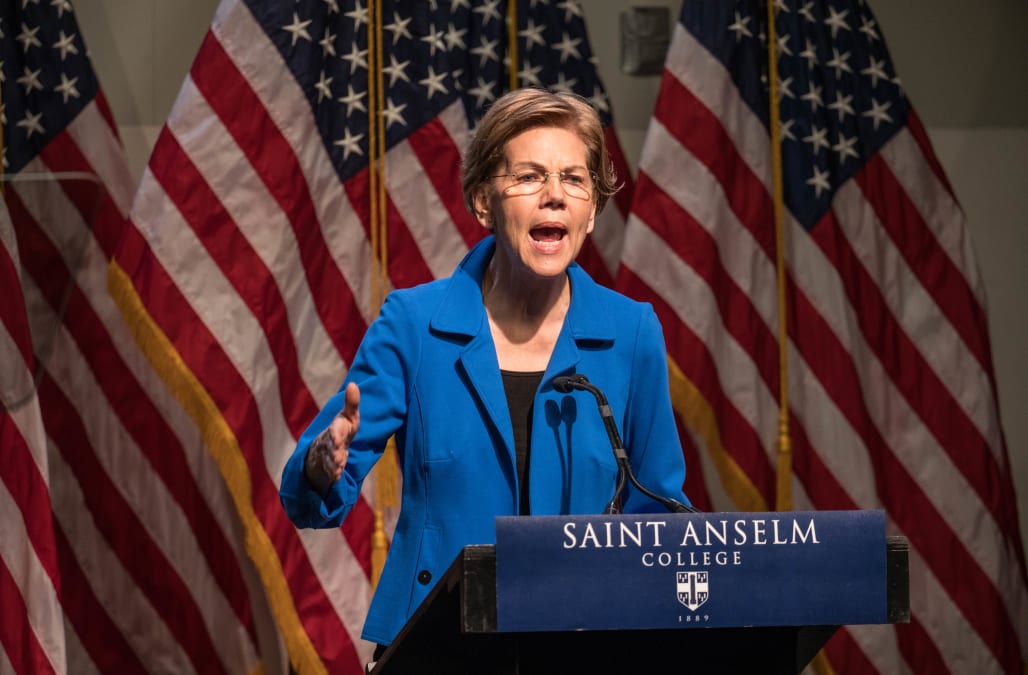 “With polls showing her once steady rise to the top tier of the Democratic race stalling, Sen. Elizabeth Warren went on the attack on Thursday in a speech at Saint Anselm College in New Hampshire, taking thinly veiled swipes at both Joe Biden and Mayor Pete Buttigieg.

“Unlike some candidates for the Democratic nomination, I’m not betting my agenda on the naive hope that if Democrats adopt Republican critiques of progressive policies or make vague calls for unity that somehow the wealthy and well-connected will stand down,” Warren said in a rebuke of her more moderate rivals.”

The old bat’s political career is coming to an end but she has defied advancing age rather well, considering. Some well-applied make-up, dim lighting on the stage and a skimpy, revealing sexy costume and the lass could work at a gentleman’s club that caters to older guys and the dudes that are delighted by elderly dames where she can likely earn a substantial amount from dollars tucked into her G-string by admiring males.

Sweetheart… you do not have to report all your tips. Declare just enough to keep the IRS wolves away from your door. You could also make extra money selling revealing pics and possible DVD videos of… uhhhh…. well…. you know….. do that from your Web site, darling. You may even make it to the centerfold of Playboy magazine!!! Truly a greater success for you than that meh Oval Office that even an ugly Kenyan can attain.

The pic above can be easily modified to announce her presence at the various gentleman’s clubs she performs in. As the years change the graphic is easily changed to advertise her appearance at the club. I look forward to seeing her performances. A skimpy revealing costume that tantalizes the viewers will complete the package.